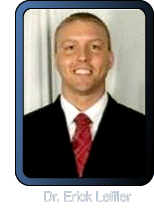 Dr. Leffler grew up in a small town in Illinois with a large family. He is one of five children, and currently has ten nephews and three nieces. His most memorable moments have come from time spent with his family and watching it grow.

Athletics and competition were a huge part of Dr. Leffler’s upbringing as he participated in football, wrestling, and swimming. After graduating high school, he went on to play football at Aurora University while earning his B.A. in Marketing and his B.S. in Health Science. It is his love for sports that created his respect for the human body and his desire to understand how it works.

Dr. Leffler chose to pursue this interest and attended National University of Health Sciences in Lombard, IL, where he received his Doctor of Chiropractic degree. In between classwork and seminars, he satisfied his love for competition by playing rugby for the Chicago Griffins.

Since moving to Syracuse Dr. Leffler has enjoyed volunteering within the community. He currently coaches youth football and wrestling. He is very active with the Syracuse-Wawasee Rotary Club and the Syracuse-Wawasee Chamber of Commerce. Most recently, Dr. Leffler has joined as a member of the Indiana State Chiropractic Association Board of Directors.

Dr. Warner is a licensed acupuncturist in the state of Indiana and is board certified by the National Certification Commission for Acupuncture and Oriental Medicine (NCCAOM). She graduated Magna Cum Laude with her Master’s degree in Acupuncture from National University of Health Sciences in Lombard, IL, where she also received her doctor of chiropractic degree. While completing her Master’s degree, Dr. Warner worked in a clerkship program at Stroger Hospital of Cook County in Illinois, where patients were treated with acupuncture for pain management. She also completed an internship at her school’s Post-Traumatic Stress Disorder clinic, which provided free service to military veterans and their families. Prior to graduate school, she received her bachelor’s degree from Miami University in Oxford, OH, where she studied Mass Communication and Nutrition.

Dr. Warner grew up in Ohio with her sister (nurse), mother (teacher), and father (chiropractor). Dr. Warner now lives in Syracuse, IN with her husband, Erick, and is enjoying the beautiful lakes and outdoor activities in the area. She also loves attending yoga and spinning classes at Lakeside Fitness, and spending time with her nieces and nephews. 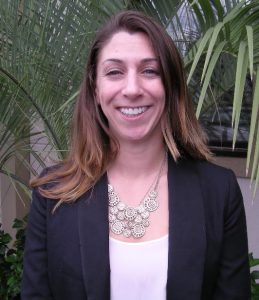 She and her husband Mike are thrilled to be in the Hoosier state and close to family. They both enjoy sports and outdoor activities as well as spending time with their three dogs, cat and horse.

We're not around right now. But you can send us an email and we'll get back to you, asap.